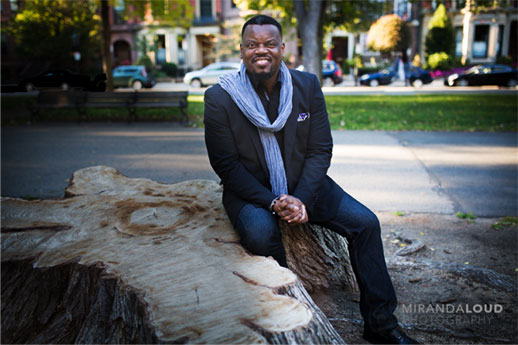 aritone Dana Whiteside has appeared as soloist in numerous oratorio and orchestral performance, including the Boston premiere of Kurt Weill’s “The Prophets” from The Eternal Road, Bach’s “Saint John Passion” and “Mass in B Minor,” as well as the Boston premiere of John Harbison’s “Supper at Emaus” with the Cantata Singers. In addition he has appeared as soloist in Brahms’ “Ein Deutsches Requiem,” Bach’s “Christ lag in Todesbanden,” Handel’s “Alexander’s Feast,” Beethoven’s Ninth Symphony and Mass in C, Carl Orff’s “Carmina Burana,” Benjamin Britten’s “Cantata Misericordium,” as well as Stravinsky’s “Pulcinella,” and Bach’s Christmas Oratorio and Cantata 82 (“Ich habe genug”). Roles in works for concert/stage have included Time in the Boston premiere of John Harbison’s “Winter’s Tale” with the Boston Modern Orchestra Project; and, with Emmanuel Music, the role of Carl Magus in Stephen Sondheim’s “A Little Night Music.”

An avid recitalist, Mr. Whiteside has offered a wide range of programs. He has appeared with Musicians of the Old Post Road as well as at Boston’s French Library/Société Française and also with the Florestan Recital Project. He has performed at University of Oregon and Boston University in such offerings as Schumann’s Liederkreis, op. 39, Samuel Barber’s Despite & Still, Beethoven’s “An die ferne Geliebte,” John Musto’s “Shadow of the Blues: Songs to Texts of Langston Hughes,” Ernest Chausson’s Serres Chaudes, and Aaron Copland’s “Songs on Texts of Emily Dickinson.” Recent recitals have featured programs on themes of French Cabaret, the works of William Shakespeare, and songs inspired by the beauty of Venice.

Among the highlights of last season were his role as baritone soloist with in Handel’s “Messiah” with Worcester Music and as Apollo in Emmanuel Music’s presentation of “Apollo and Daphne” at Rockport Music Festival as well as Claudio Monteverdi’s “Vespers of 1610” with Boston Baroque, and the role of Jesus in Bach’s “Saint John Passion” with Emmanuel Music, and in the Bach Festival at University of Massachusetts at Amherst. Upcoming solo appearances for 2015-2016 include “The Magic Flute” with Boston Baroque; Kurt Weill’s “Seven Deadly Sins”; the role of Phoebus in Bach’s “The Contest Between Phoebus and Pan” with Emmanuel Music; “Carmina Burana” with the Worcester Chorus at Mechanics Hall; the Verdi Requiem with Nashoba Valley Chorale Society; the role of Elijah in the Boston premiere of “Elijah’s Angel”; and Ralph Vaughan Willams “Sea Symphony” with the Washington Chorus at the Kennedy Center for the Performing Arts in Washington, DC.